The beloved fan favorite and critically acclaimed musical [title of show] will once again be heard on Broadway in a 10 Year Reunion Concert! This one-night only reunion will star original cast members Hunter Bell, Susan Blackwell, Heidi Blickenstaff and Jeff Bowen along with musical director Larry Pressgrove.

[title of show] has a book by Tony-nominee Hunter Bell with music & lyrics by Jeff Bowen, and the original production was directed and choreographed by Michael Berresse. It was originally produced on Broadway by Kevin McCollum, Jeffrey Seller, Roy Miller, Laura Camien, Kris Stewart and The Vineyard Theatre.

Please note: membership does not guarantee a ticket to this event. Members will receive early access to purchase tickets for a limited time prior to the general public, after which tickets will be on sale to everyone. 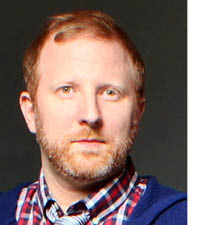 Hunter Bell
HUNTER BELL earned an OBIE Award, a Drama League nomination and a Tony nomination for Best Book of a Musical for the Broadway musical [title of show]. Other credits include books for Now. Here. This., Found (Drama Desk Nomination, Outstanding Book of a Musical), Silence! The Musical (Lucille Lortel Nomination, Outstanding Musical), Bellobration! (Ringling Bros. Circus), Villains Tonight! (Disney Cruise Lines), Julie Andrews’ The Great American Mousical and Other World. He is a co-creator of the web series "the [title of show] show" and has developed television with ABC Studios. Hunter is a graduate and distinguished alumnus of Webster University’s Conservatory of Theatre Arts, a proud member of the Dramatists Guild, Writers Guild, Actors' Equity, SAG-AFTRA and a MacDowell Fellow. Hunter serves on the boards of the Educational Theatre Association and the Educational Theatre Foundation. 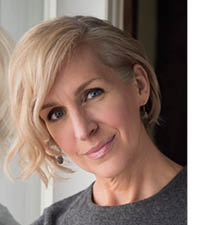 Susan Blackwell
SUSAN BLACKWELL created and played a character based on herself in the original Broadway musical [title of show], and the off-Broadway musical Now. Here. This. (original cast recordings available on Sh-K-Boom records). She created and hosts the freewheeling chat show Side by Side by Susan Blackwell on Broadway.com, now in its 9th year. She has worked extensively in film and TV. As the founder of Susan Blackwell & Co, she delivers entertainment and educational offerings aimed at freeing people’s creativity and self-expression. She has created and led transformational workshops for thousands of participants at Fortune 100 companies, boutique firms, universities and other institutions. She is a proud alum of the Eugene O’Neill Theatre Center, The Vineyard Theatre,and the Macdowell Artist Colony. www.susanblackwell.com. 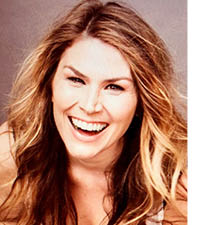 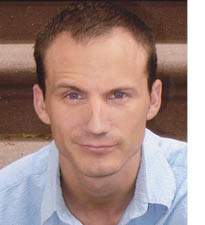 Jeff Bowen
Broadway: [title of show] (OBIE Award) and The Best Little Whorehouse in Texas (Actors Fund).  Music and lyrics for Now. Here. This. (Vineyard Theatre), Villains Tonight! (Walt Disney) and the upcoming, Other World. His music can be heard on the cast albums of [title of show], Now. Here. This. and Broadway Bares Openings. He is a proud member of ASCAP, AEA, Writers Guild and the National Audubon Society. He serves as a faculty member for the National Theatre Institute at the Eugene O'Neill Theatre Center. He also serves on the advisory board of Stetson University's School of Music.